George Raft in the original (and far superior) SCARFACE: 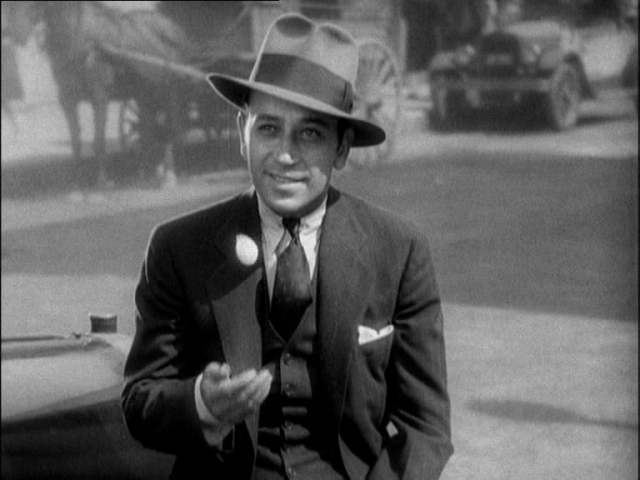 Every coin-flipping gangster from a LOONEY TUNES cartoon originates directly from Raft's character in Howard Hawks' controversial gangster masterpiece, which has sadly been overshadowed by DePalma's cheese-tastic 80's-fest with Al Pacino. The cleverness of Bob Kane was to actually give Harvey a reason to flip the coin, rather than having it be a character habit. Not just a reason, but a whole philosophy!

Raft's character never has any purpose to flip the coin. He just does it, probably because it's cool and menacing. And it is, as anyone who's seen SCARFACE can attest. If you haven't yet, I wholeheartedly urge you to do so.
Collapse