I've been incredibly annoyed at DC for the way they've treated their trade collections over the past decade. I can understand many great stories being left out of print, of course I can. Collections cost money to make, and if there's no market even for great stories which few people want or know about, why publish it? I get that, sad though it makes me. But what they actually WERE doing was, to put it mildly, damn stupid.

Bad enough that they were constantly publishing six-issue collections in overpriced, flimsy, awkward hardcovers. But worse, some collections, like Green Lantern: The Sinestro Corps War, were published in three separate hardcovers, with several key issues published OUT OF ORDER. Then, as if to compound this ridiculousness, they subseuqnetly published Blackest Night and Blackest Night: Green Lantern as TWO SEPARATE COLLECTIONS, even though anybody who followed that event knows that both titles alternated telling the same damn story. It's like buying two copies of the same book, but one copy has the even-numbered chapters and the other has the odd.

And then there are collections like Joker: The Greatest Stories Ever Told and Batman VS Two-Face, which completely omit big-name stories in favor of out-of-context selections from larger stories, included for the clear purpose of enticing people to buy those trades next at the expense of a great collection. I was so pissed by this, I actually wrote an actual paper letter to the editor who seemed most responsible for most of this fuckery, and it was a very polite but strongly-worded one, but to no avail. Man, sometimes I wish DC would just put me in charge of their collected editions.

Until that happens, though, it seems like something must have changed, because DC is stepping up their collected editions in a big, big way! Never have I seen so many new collections coming out at the same time that I so wanted to own, especially since I've recently fallen in love with Bronze Age Batman in a big way. 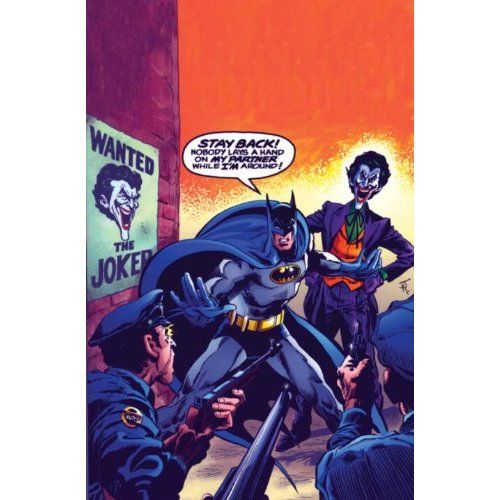 
The first part of a complete, full-color collection of The Brave and the Bold? Holy hell, yes yes YES. I know that Aparo isn't everyone's cup of tea, and that my own adoration may be purely based in nostalgia, but Aparo's Batman is definitive for me the way Sprang, Adams, Miller, and Lee's Batmen are for others.

I've only read a handful of Aparo's TB&TB stories, but the few I've read have been absolute gems. Of course, it helps that two of them are written by the great Alan Brennert, and I've reviewed both stories in the past. Read them if you haven't, dear god, do. Other stories are written by Bob Haney, a writer who's notably a big out-there with character depictions (such as making Oliver Queen a greedy, boorish treasure-seeking booby), but even that team can result in one of the greatest Two-Face stories I've ever read. So while an Aparo collection of TB&TB will almost certainly be a mixed bag, I will devour each and every story with great interest.

And hey, hopefully the subsequent volumes will open the door to collecting more of Aparo's straight Batman work, especially the all-time classic mini, The Untold Legend of the Batman. That story needs to be collected, like, yesterday.

FUCK YES THE LEGENDARY ENGLEHART/ROGERS RUN HAS BEEN COLLECTED AGAIN YES!!! Erm, I mean... how satisfactory. I wondering what the coloring will be like? Will it be the wonderful original coloring, or the crappier, washed-out coloring that was used for the reprints? Oh whatever, I don't care, it's Strange Apparitions! Hugo! Deadshot! Thorne! Fish! One of the all-time greatest takes on the Joker ever, complete with the glorious butt-chin that Rogers liked to draw!

This seems like a huge collection. What other Batman work did Rogers do that would be included here? Probably Dark Detective, but I wonder if they'll also include Siege, Archie Goodwin's posthumous project from Legends of the Dark Knight? Either way, this is a must-own. For those who need a taste of just what makes this run so great, and why Rogers is a legend deserving of recognition, check out my review of the entire Hugo Strange subplot from Strange Apparitions.

First things first, who's noticing the pattern here? Yes, all of these collections are highlighting the ARTISTS. There isn't a single new DC hardcover collection coming out to celebrate writers (not unless you count the fact that they're rereleasing the excellent DCU Alan Moore collection in HC, presumably to include the inferior Bolland recoloring of The Killing Joke). What gives? Is this just indicative of the DCU run by Jim Lee, artists are now regularly given writing duties regardless of their skill or experience?

Don't get me wrong, the first two collections are absolutely deserving of being compiled for the artist first (although it's hard to imagine Strange Apparitions being half as good without Englehart firing on all cylinders), and no one will dispute that Gene Colan is a master deserving of recognition. On the other hand, you see that vampire story from featured right there on the cover? Yeah, it ties into several other stories which aren't drawn by Colan--including issues of the Batman, whereas this one was published in Detective Comics--but were ALL (or mostly) written by Gerry Conway. Now, I think many/most of the non-Colan issues were drawn by Don Newton, so thankfully we're also getting this... 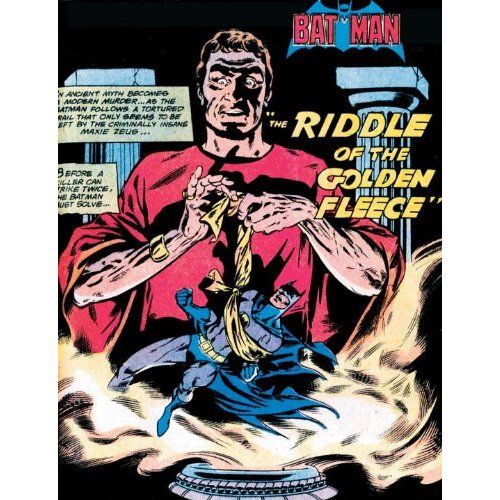 
... Which is great, but damn, wouldn't it have made more sense to do it as a Gerry Conway collection? Well, I suppose it all depends on which stories they include through each volume. As it is, you'll have to buy both if you want to read the complete saga of Boss Thorne's return, and subsequent re-haunting by the ghost of Hugo Strange, not to mention the introduction of Killer Croc and Redhead!Jason.

And finally, the book which in some ways gets me most excited:

Batman: Birth of the Demon [Paperback]


Birth of the Demon is one of the greatest Batman comics I have ever read, and it is THE greatest Ra's al Ghul story ever written, a masterpiece by Denny O'Neil and Norm Breyfogle both working at the very top of their game. The fact that it was out of print and unread by most just spoke to me of everything that was wrong with DC's collected editions, as well as the audience who didn't buy it enough when it came out to make it a hit. Hopefully that will be different this time, and people will finally read this masterwork for themselves.

Don't let the title fool you, it's actually the complete trilogy of Ra's al Ghul graphic novels, including the two by Mike W. Barr. The first is Son of the Demon, where Bruce and Talia actually got married, had sex, and she became pregnant. Yes, that would indeed be the origin of Damian Wayne, um, except that Grant Morrison, Mr. Everything-Is-Continuity-Yay-Silver-Age, couldn't actually remember how Son of the Demon went and, even though he loves wanking about obscure stories from 1957, he couldn't actually be bothered to read a graphic novel published in 198-fucking-7. So instead, he made up his own origin where Talia raped Batman. Let me say that again: GRANT MORRISON DECIDED TO HAVE TALIA RAPE BATMAN. I feel like it's important for everyone to remember this, especially when they wonder why the hell she's become an irredeemably evil character in the past few years. Barr's original Son of the Demon deserves to be read all the more because of Morrison's fuckery.

Less important is Barr's sequel, Bride of the Demon, which is by far the weakest of the trilogy. Ra's decides to marry an over-the-hill actress to have his heir, why now? It's as silly and forgettable as Birth is brilliant. The whole collection is worth every penny for the first and third stories alone. Just try to ignore that boring, boring, BORING cover by Andy Kubert.

Other collections of note coming out soon:

A new edition of Knightfall and a whole Batman VS Bane compilation, one of which will hopefully FINALLY collect Vengeance of Bane. Why the hell was that one never reprinted? If I'd read that, I might have actually cared more about that silly 'roided-up luchador!

Brubaker and Cooke's Catwoman series is getting recollected in a big hardcover. God, I loved that series so much. It was the first time I ever actually cared about Selina! That said, I'm not sure how well it's aged. I'm now more sensitive to Brubaker's tone-deafness when it comes to voices, and the stuff with Black Mask and Maggie Kyle just seems irredeemably ugly to me now. Honestly, I just hope that book collects Selina's Big Score by Darwyn Cooke, which is the greatest Catwoman story ever made. Ever. Ever ever ever. But even if it's not collected there, you can still always find it in Batman: Ego, and Other Tails.

Batman: Earth One by Geoff Johns and Gary Frank, an original graphic novel set in a separate continuity intended to draw in new readers. This team did amazing work with Superman, but in truth, I don't really care too much about them trying to tackle Batman. I'm just in it to see what the hell he does (if anything) with Harvey Dent. Because I'm that predictable.
Collapse