After an absence of three years, Harvey Dent is finally coming back to mainstream DC Comics, with Scott Snyder at the wheel. Literally. Well, not literally literally. Sorta literally. Look, cars are involved. The point is, as you may recall from a few months back, Batman super-writer Scott Snyder announced his interest in writing a "new take" on Two-Face, a prospect that made me anxious given how much I disliked the only other time he's written Harvey.

Snyder's Two-Face as drawn by Greg Capullo and Jock

Now Snyder is making good on that interest by featuring Harvey in the first arc of All-Star Batman, which he's described as "my Long Halloween." By that, I assume that he means "epic Batman mystery featuring a whole mess of classic rogues," which would be refreshing given how Snyder's only interest in older villains pretty much consists of "ALL THE JOKER, plus a dash of Riddler." Each villain will be drawn by a different superstar artist, with the first story arc going to veteran Marvel artist, John Romita Jr. Which brings us back to Harvey. 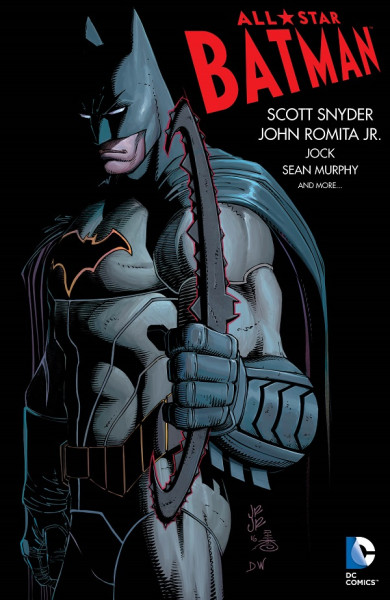 See? Wheel! At least, I think that's meant to be a modified steering wheel-turned-batarang.
The first story arc of All-Star Batman, entitled "My Own Worst Enemy," will feature Batman taking Two-Face on a wacky road trip adventure that's being described as some kind of unholy mashup of The Defiant Ones, Midnight Run, Mad Max: Fury Road, and Death Race 2000. Via Comic Book Resources and Blastr:

"Batman takes Harvey Dent cross-country with an offer to fix his face," Snyder said, teasing the first arc. They note... that Two-Face offers "a massive reward to anyone who can stop them.

"In my version, Two-Face is a character who says 'We all have a monstrous side in us, and that monstrous side wins out.' Batman says, 'No it doesn't.' And Two-Face says 'Let's just see how it goes on the road. And if you lose, you lose big.'"

I have to admit, that sounds quite promising! And speaking as someone who loves both Two-Face and epic road trips, I'm honestly jealous that I didn't think of it first! There is so much potential here for a story that's both action-packed and character-oriented, which every good Two-Face story should be. But what kind of characterization can we expect from Snyder's "new take" on Harvey?

Snyder added, "This is Two-Face like you’ve never seen him. I want to make him really scary, a modern Jekyll and Hyde. When he was D.A., Harvey exploded his job to get dirt on everyone. Two-Face is about to exploit all that...sort of like the hacker group Anonymous."

Okay, I love the idea as Harvey Dent being the one with dirt on everyone, especially if he uses it to exact his own twisted sense of justice, but there's no telling just yet if Snyder's Two-Face will be an antihero/antivillain, or just out-and-out villain (yawn). I will be far less interested if he's just a walking engine of blackmail and descrtruction seeking to expose everyone's dark sides, since that would basically make him the Harvey from Batman: Jekyll and Hyde, and nobody wants that. At least, I sure as hell hope that nobody does. 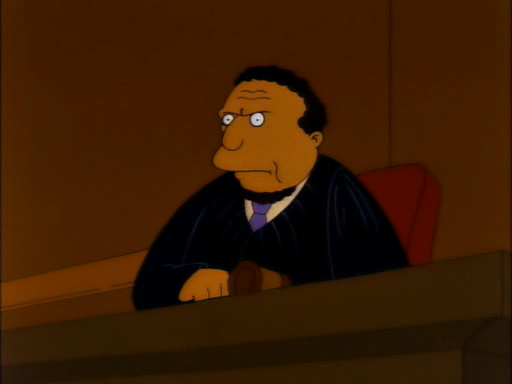 "And I hereby decree that no one shall ever mention the name "Murray Dent" again... under penalty of TORTURE."
Two-Face is always more interesting when his stories involve aspects that keep one from just writing him as a monster (being Bruce and/or Batman's friend, his desire to see justice done, donating to charity, being a vigilante, etc), so I hope that in his drive to write Harvey as "scary," Snyder doesn't forget the character's humanity.

If anything, the fact that Harvey can occasionally be noble, that he's a tragic and suffering figure makes his monstrousness all the more unpredictable and disturbing, which is something that writers like Ty Templeton and Greg Rucka understand perfectly. I'm hoping that Scott Snyder will understand this, despite his tendency to write ALL of his major villains (James Gordon Jr, Thomas Wayne Jr, the Joker, the Court of Owls, the Riddler, Mister Bloom) as figures of ultimate, irredeemable capital-e Evil. At present, I'm honestly not sure if Snyder is capable of writing a villain of moral complexity, so it will be very interesting to see his take on Two-Face. I mean, without the Joker present to make Harvey look like a chump.

It's a good thing that Harvey isn't a reckless and mentally ill man who is compelled to flip his coin whether to perform or not perform an action no matter what anyone else says. Because if he were, this scene would be bullshit! Whew!

Meanwhile, artist John Romita Jr went into some detail about his approach to Harvey, and how it relates to Snyder's fresh take.
There's only a certain amount you can veer from the norm, but I didn't want to get too hideous in the visual because it's too easy to do. Sometimes artists have a tendency to overcompensate for lack of ability with too much -- too much detail, too much hair on arms, too many muscles -- and I didn't want to get carried away with Two-Face's grotesque part. It's not important how grotesque he is, the point is he's got a marred face.

The amount of the grotesque isn't that important. What he's doing with the character is important, and what he has in mind is dialing back the insanity of the character. This is not gonna be the Joker. This is gonna be somewhere between the Joker and Lex Luthor; the brains of Lex Luthor and the insanity of the joker, but this is a different type of villain. And that plays into the story about Batman dragging his bony ass across the country.

That's how good the story is. The power of Harvey's evil side is he's got his fingers all over the evil world. Everybody knows who he is and he's got connections to get people through things. No matter where they go at any time of the day or night they're gonna get attacked because Two-Face is out in front of it. Batman has no idea what he's in for.

As much as I love the purely visual impact of a great Two-Face, I respect that his focus isn't on the character's appearance so much as how it plays with the story itself. This suggests that their approach to Harvey is not to make him a grotesque gimmick villain, which is very encouraging.

So many artists get so carried away on the detail of the scarring that they neglect the unscarred side, which (while fun!) is far more important in terms of showing character, personality, and emotion. The unscarred side should be where readers should see all of the characterization, with the scarring being cosmetic dressing. As such, I will be very, very interested to see JRJr's restrained take that emphasizes Snyder's take on Harvey's personality rather than being just another cool visual. Art by Jock
In any case, it will be a few months before All-Star Batman drops in August, so we'll all have some time to wait and wonder what Snyder and JRJr have in store for us and for Harvey. In the meantime, I recommend that everyone watch (or rewatch) the films which will be serving as influences on "My Own Worst Enemy," which again include The Defiant Ones (and maybe the 80's remake?), Mad Max: Fury Road (and all of the Mad Max films while we're at it), Death Race 2000, and Midnight Run.

Especially Midnight Run. I only just watched that film for the purposes of this post, and I'm ashamed to admit that I hadn't seen it before. I don't think that it's a masterpiece by any means, despite the praise it gets from genre film geeks, but I really love what it tries to accomplish, and I would love to see it oserve as an inspiration to a Batman/Harvey story. If nothing else, I would at least love to see a variant cover with Batman carrying a handcuffed Harvey Dent over his shoulder like a grumpy sack of homicidal laundry. 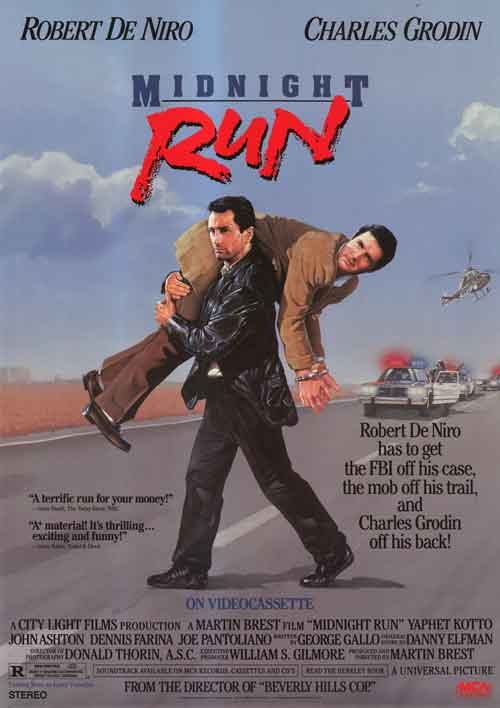 All-Star Batman drops in August. You can bet that I'll be back to review each and every issue.
Tags: dc rebirth, john romita jr, news, scott snyder
Subscribe